Compared to what has happened in the Texas golf course construction industry for most of the past decade, the activity of the past two years could be considered a deluge.

In addition to the two new PGA Frisco courses set to go live next spring, Heath Golf and Yacht Club opened in 2020 and two new private courses will join the roster this year. Driftwood Golf and Ranch Club, which opened nine holes in October 2021, opened the remaining nine holes on May 4. Big Easy Ranch near Houston is set to open in the fall. Additionally, course construction at the massive Legacy Hills development in Celina is set to begin this summer.

Perhaps no course in recent years has undergone such an extreme transformation as the venerable Dallas course which opened in 1922. It was designed as the Pine Valley of Texas when the founding members hired AW Tillinghast to design the course in what was then countryside 7 miles northwest of downtown Dallas. Legend has it that Brook Hollow founding member Cameron Buxton, who was also a member of Pine Valley, designed by Tillinghast and considered one of the best courses in the United States, persuaded Tillinghast to bring his skills to Texas.

The sandy soil of what was then farmland was considered ideal for growing Bermuda grass. The first aerial views of the course show few trees.

Over the years, the trees on the property have thrived, the grass has been able to expand beyond the fairways, and the course has taken on the characteristics of what has become a modern country club look with lush fairways and grass wall to wall.

Renovation plans gained momentum when it became apparent that the irrigation system and aging bunkers needed replacing. Brook Hollow president Robert Allday said members voted to add the hydronic system to control temperature at the roots and keep the bentgrass greens healthy, then decided to undertake the majority if not the entire master plan.

“The focus was on getting back to what we perceived as what Tillinghast would have done if he were alive today,” said Brook Hollow president Robert Allday, noting that the course celebrated its centenary. . “Was the course really relevant to the tradition and history of Tillinghast’s roots? In the end, we decided not.

Architect Keith Foster removed over 300 trees and many more were pruned to create unobstructed views. The club added 550 trees to the perimeter of the property and created a hardwood area in the middle of the property. The rough in some areas has been replaced by sandy waste patches dotted with native scrub, sage and coastal Bermuda.

Recognized features of Tillinghast such as grass-faced bunkers and square greens and greens with false fronts have been restored. #15 features the Great Hazard, the largest waste area on the pitch. It is considered a staple of Tillinghast creations.

The private club was closed for 18 months before having a soft opening in November 2020. It opened for full member play in the summer of 2021.

The immediate future of the municipal course east of downtown Fort Worth hinges on the results of a $560 million bond package in Saturday’s ballot. This package includes $123.96 million for parks and recreation improvements. One such upgrade in a major renovation of Meadowbrook Golf Course, which is nearing its 100th year. About $7 million has been set aside for design and construction, according to city documents.

John Bredemus, who also helped design the Colonial Country Club, is credited with designing the course when it opened in 1924 as Meadowbrook Country Club.

John Colligan, an Arlington-based golf course architect, has developed a master plan for Meadowbrook that includes major changes to the course. His plan called for new routing, fairways, lakes, greens and irrigation.

“We want it to be something the audience will enjoy playing,” Colligan said. “They are going to play there and want to go back and play there again.”

Colligan, who with Trey Kemp turned Arlington’s Ditto Golf Course into Texas Rangers Golf Club and made major changes to Dallas’ Stevens Park Golf Course, said he plans to use some of the Bredemus-style architecture, such as the grass bunkers in the renovation.

“Very few holes will stay the same,” he said. “All the changes are for the better and to make it more playable and enjoyable.”

If voters approve the bond package, Colligan estimated the course could be open for play in 2025.

If the Tom Fazio course that opened this week matches the amenities — and by most accounts, it does — it will soon appear in the Texas Golf Rankings.

Discovery Land Company, which is developing the 800-acre residential property 25 miles south of downtown Austin, is known for its customer service. If Discovery didn’t create the blueprint for superior golf experiences, it’s safe to say it perfected it. Among the features that have become typical for such ultra-high-end Texas courses like Dallas National, Vaquero, Escondido, Blue Jack National and Spanish Oaks are well-stocked comfort stations and on-course chefs preparing inviting tunes for feed golfers.

“We don’t have a manual on how to treat our members. We have 300 different manuals,” said Casey Paulson, president of sales and operations at Driftwood. “The service is always personalized.”

And the golf isn’t bad either.

The course has a Hill Country feel without the actual hills of the courses in Austin, Horseshoe Bay and Fredericksburg. But Fazio made the most of the 80 feet of elevation on the property.

“It was built for member and guest play,” Paulson said. “It’s big enough and strong enough to challenge the best players. It can create a test of golf for anyone if you hit the right tees. I know you will have a great experience.

Fazio was guest of honor at an event in 2021 to promote the course. By then most of his work was done and the course was gaining momentum. He was understandably excited about the course’s prospects.

“People will expect it to be good because it’s Hill Country, because Discovery Land Company is involved, because Fazio is involved – all of those expectations are high,” he said at the time. “When they come here and see it, they will be shocked beyond their imagination because it is even more substantial than their expectations might lead them to believe. That’s how good the whole property is and the golf experience we create here.

Construction is set to begin this summer for Celina’s Northwest Side Daily Pay Course in a 3,200-acre residential development in Legacy Hills. It will be temporarily called Golf Club at Legacy Hills. Centurion American Development Group announced the Legacy Hills project near the intersection of Legacy Drive and Celina Parkway. The property has approximately 4 miles of frontage on the Dallas North Tollway Extension.

Lee Singletary, who is designing the course, said the course site is a large greenbelt at the heart of the project with a combination of open space, mature trees and meandering streams and streams.

“It’s a big canvas to work with, and there are plenty of opportunities for exceptional golf holes,” Singletary said in a press release. He said he plans to use the creeks and creeks in the course layout and strategy.

Singletary, who designed Woodbridge Golf Club in Wylie, said the budget for the golf course, which is expected to span 7,500 yards, is $10-20 million.

“We are not skimping on this project,” he said.

The establishment which presents itself as “a sports club like no other” will add a new feature by the end of the year. The addition of an 18-hole golf course, which should be ready to play in November, will provide members and guests with another activity in addition to hunting, target shooting, fishing and water sports.

The ranch, 9 miles north of Columbus in Colorado County, already had a nine-hole, par-3 course designed by Chet Williams. Construction of the 18-hole course, also designed by Williams, began in July 2021. Zeon Zoysia turf for the fairways and rough was due to be laid in early May. Grassing of the Tiff Eagle greens will begin in June, Williams said.

The property has 90 feet of vertical drop. Williams loved the pitch, calling it “almost perfect”.

The course features many mature oak trees, including around 20 that have been moved to make way for roads in the residential area. The par 72 course measures 7,448 meters from the tips. There are no houses adjacent to the course. 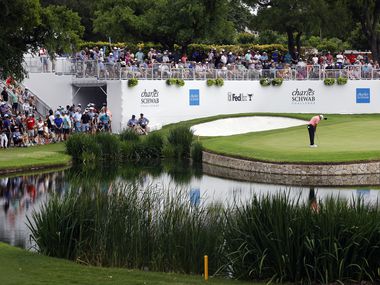 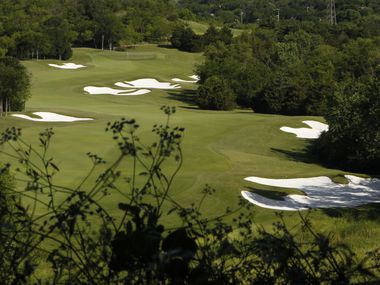 Tullymore named one of the best golf courses in the country

The snowy weather that blankets the Midwest keeps golfers coming back outside and playing, and when the snow drops for the season, they’ll have plenty of choices, including two of the best greens in the country, right here in Michigan. Golfpass.com, an online outlet owned by NBC, ranked the 50 best golf courses in the […]

9 Best Golf Courses on Cape Cod and the Islands

Golfing anywhere on beautiful Cape Cod and its neighboring islands, Nantucket and Martha’s Vineyard, is a golf vacation treat. Panoramic ocean views, perfectly manicured greens, lush tree-lined fairways, links-style courses, and challenging games await you to play on Massachusetts turf. You will find a golf course suitable for all levels of play, from beginner to […]

Grab your bag of clubs and a golf buddy, then head out to play on top-notch courses that offer challenging conditions, beautiful scenery and a day of swings. Below, you’ll discover great public courses across the Commonwealth of Massachusetts where you can enjoy some fresh air, a little exercise, and a fun round of golf. […]