A Korean conglomerate has acquired Makaha Valley Golf Resort, a 664-acre property on the Hawaiian island of Oahu, for $20.7 million, according to CBRE, which handled the bankruptcy sale.

KH Gangwon Development, a subsidiary of Seoul-based KH Group, is the new owner. KH Group is an electronics and lighting conglomerate that has recently embarked on resort development with the launch of KH Gangwon. It acquired Alpensia Resort, which hosted the Korean Olympics, in August 2021.

KH Gangwon Development intends to expand the property in a manner consistent with existing development in the area.

According to CBRE, the resort is the latest large-scale, mixed-use development opportunity of its kind on Oahu. It is surrounded by the Waianae Mountains with nearby beach access. It previously operated as a 36-hole complex, but the original course was closed in 2011.

Aerial view of the Makaha Valley

Makaha has had a troubled history. Originally developed by Hawaiian businessman Chinn Ho in the late 1960s, ANC Hotels Hawaii Inc acquired the resort in 1979. The hotel was closed in 1995 and reopened in 2001 after Towne Realty Inc. .bought it and renovated it. Since 2004, the property has changed hands several times with Pacific Links acquiring it in 2011.

In 2015, Pacific Links announced a $200 million renovation of the resort, with Greg Norman spearheading the course redesign. A year later, it was announced that the proposal had been increased to $300 million, but this renovation never came to fruition.

In 2019, Pacific Links announced that Tiger Woods would design one of two new courses for the long-planned redevelopment of the gated course. Gil Hanse was to design the other course.

However, the company, which was owned by Du Sha, began to face pressure from the Chinese government, which made it harder for companies to transfer money out of the country. The company put Makaha up for sale just as COVID shut down China. It did not sell, and Pacific Links filed for Chapter 11 bankruptcy in February 2021, listing debts between $50 million and $100 million. 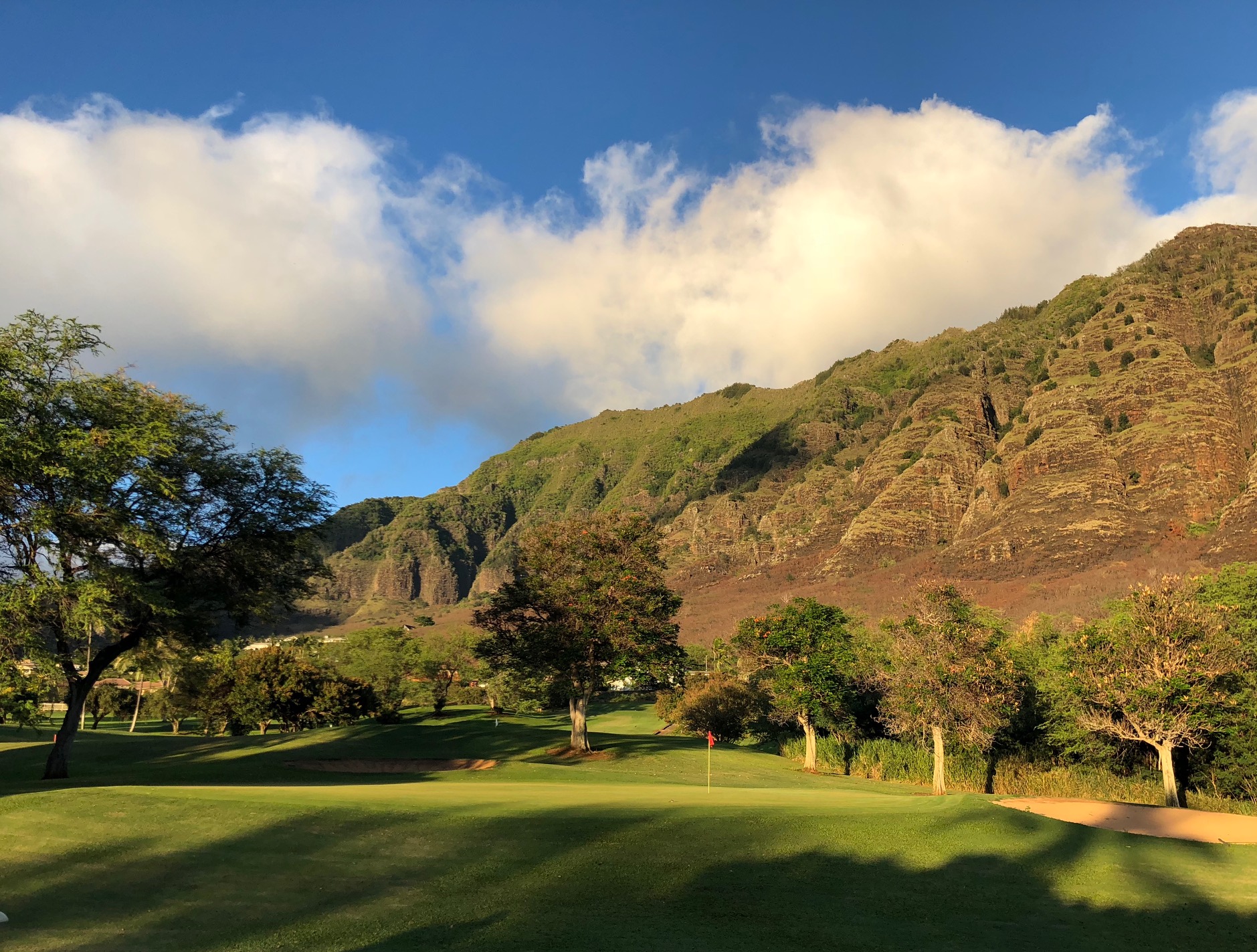 Two new lots are planned, as well as approximately 494 single-family homes and 152 condominiums.

Most housing would be located west of Makaha Valley Road with resort zoning that allows for short-term rentals. Such zoning only exists at four other locations on Oahu besides Makaha Valley: Waikiki, Turtle Bay, Hoakalei Resort, and Ko Olina.

“The future development of Makaha Valley should serve as an economic stimulus for the area and restore the property to its former glory,” said Jeff Woolson, executive vice president and general manager of the golf and resort group at CBRE.

CATSKILL – A rapid fire tore through several buildings at the Catskill Golf Resort on Saturday night and destroyed numerous golf carts and other equipment. At approximately 9:53 p.m., Greene County 911 dispatched the Catskill Fire Company to 27 Brooks Lane, after a caller reported seeing flames and hearing explosions. When the first firefighters arrived […]

This one-of-a-kind Villa 19 designed by Catalan studio RCR Arquitectes is a luxury home with golf and sea views. landscapes, There’s a reason it’s one of eight luxury villas at the property called Signature Villas. It stands out from the others for its size. It has four bathrooms and bedrooms, a large private swimming pool […]

23 years of misfortune for the St Andrews site

Feddinch Mains Golf Complex: 23 years of misfortune for the St Andrews site Schedule An icon of a desktop calendar. Cancel An icon of a circle with a diagonal line across it. Caret A right-pointing solid arrow icon. E-mail An icon of a paper envelope. Facebook An icon of Facebook’s “f” mark. Google An icon […]